The French game of "Boules" is a popular recreational activity that is enjoyed throughout France.  It is frequently played on a stone surface in a picturesque area.

This competition shown in this photograph is taking place near Square Albert 1re in Antibes France, by the Mediterranean Sea. 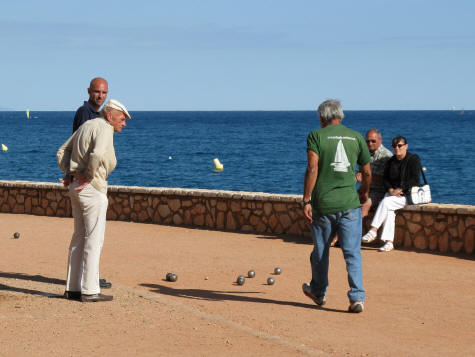